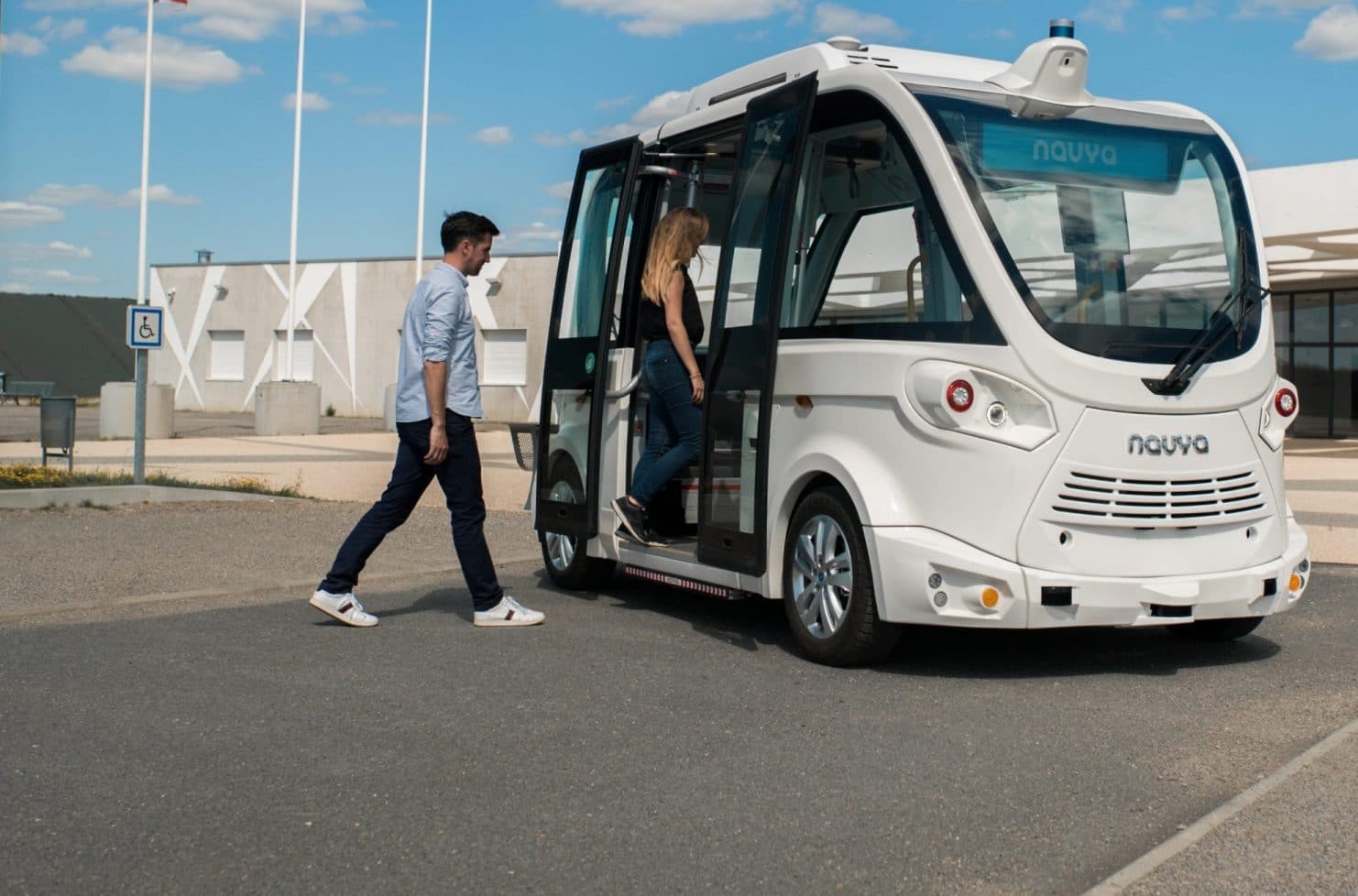 Israelis get on board to test driverless buses

You’re going to a New Year’s party. It’s a rainy night. The twisting suburban bus route is unfamiliar so you make your way up front to figure out where to get off. One problem: There’s no driver to ask.

That’s among the many challenges that await Israelis in 2024, when the government starts a NIS 61 million ($17.7 million) pilot program to test autonomous buses carrying passengers in actual traffic. Four Israeli bus companies and several international tech companies will examine how driverless vehicles can be integrated into the urban public transportation system.

Autonomous buses are already being used in limited capacities on hospital campuses in Israel and in the United Arab Emirates on Yas Island, home to the Abu Dhabi Grand Prix. Qatar was planning to have Volkswagen’s driverless buses ready for the World Cup soccer championship, though the initiative didn’t pan out.

Until now, driverless public buses were considered mostly a novelty. Dubai, the Qatari capital of Doha and many other cities around the world have autonomous metro rail systems, which are easier to run because they operate on their own designated tracks. But public buses drive on regular city streets crowded with other vehicles, pedestrians and cyclists, which all behave in unexpected ways. As the technology and sensors for autonomous vehicles go up in quality and down in price, more cities are exploring options to use driverless buses as part of the existing transport network.

“We understand that the future is going in that direction, and we need to have a vision,” Nir Ron, the head of innovation at Israel’s Egged bus company, told The Circuit. “The technology is already there, it’s about integrating it to work for public transportation.” Ron noted there’s also a worldwide shortage of bus drivers and companies are finding it increasingly difficult to recruit new drivers, a challenge that could be addressed in part by automated buses.

Egged and three other Israeli bus lines — Dan, Metropolin and Nateev Express — have signed onto the pilot and will be working with Karsan from Turkey, Adastec from San Francisco, Applied Autonomy from Norway and EasyMile and Navya, both from France. The Israeli government is funding half of the two-year pilot program.

Ami Appelbaum, chairman of the Israel Innovation Authority, said one of the challenges is determining national regulations with the Transportation Ministry, so companies know what kinds of testing and checks driverless buses must undergo before taking to the streets with passengers. Earlier this year, the Israeli parliament passed a law that will allow autonomous shared transportation on Israeli roads that carry passengers without drivers. This law paves the way for initiatives like Mobileye’s driverless robotaxi ride-hailing service, which the Israeli company hopes to start testing in Israel and Germany in the coming months.

There are more than 600 Israeli startups working on smart transportation, including tech behemoths like Waze, a navigation app with real-time traffic updates; Moovit, a public transportation planning app; Optibus, which helps cities optimize bus routes; and HopOn, a mobile ticketing app that allows riders to pay fares with their phones. The number of autonomous vehicle startups is increasing by more than 25% each year, according to Appelbaum.

Over and above the bus initiative, Israel is also examining the viability of drone air transportation and will soon begin tests of pilotless planes carrying human passengers, Appelbaum’s office said.

Egged, which is working with French autonomous bus company Navya, is now wading through the bureaucracy to import the first Navya prototypes to Israel, Ron said. The first buses are expected to arrive in the country midway through 2023, and complete at least six months of testing in a closed facility in Jerusalem before they will bring the buses on public roads. At the beginning of 2024, if all goes according to plan, some of the buses could be rolled out as driverless shuttles on large campuses, such as universities or hospitals. Utilizing the buses for public transportation will take additional testing.

For the pilot announced this month, each partnership has chosen one existing bus route as their trial route for the driverless buses. Egged chose an urban route through Rishon Lezion, a dense suburb of Tel Aviv. “It’s a very busy route through crowded streets where the bus never goes faster than 10 to 12 kph, so it’s really hard to ask a bus driver to drive this route all day,” said Ron. “But there’s a huge demand for this route.”

Tal Raviv, a professor and head of the Shlomo Shmelzer Institute for Smart Transportation at Tel Aviv University, said autonomous buses will be much more effective if they accompany a major overhaul of the current bus system. “The way lines are built in the [Tel Aviv] metro region, so many of the lines are like spaghetti, with really long lines that aren’t very frequent,” he told The Circuit. The winding routes through neighborhoods were designed to try to reach the maximum number of people, but there’s a tradeoff. “When buses try to come closer to your house, the frequency goes down,” he said.

A more efficient system could deploy small, driverless electric buses inside the neighborhoods as “feeder buses,” ferrying passengers to a network of major bus routes that are more direct and come much more frequently, said Raviv. He envisions a future where a passenger could order an autonomous bus to stop at their house, just like one would push a button for an elevator, to take them to the main bus line. That would allow bus companies to concentrate their efforts in increasing the frequency of a few main lines, rather than scrambling to find drivers to increase frequency of dozens of long, snaking routes.

There are a number of challenges that still need to be addressed, in addition to the regulation. One is protecting the buses, both physically and virtually. Ron said he is worried about vandalism to the buses, where, perhaps, someone riding alone late at night could try to cut a cable or otherwise damage the bus, causing it to lose control. Another major fear is protecting the buses’ virtual network from hackers, who could remotely disable brakes or gain control of the bus. For that reason, the buses will communicate on a separate network and not on the same internet that is available to the public, he said.

There’s also the question of getting the public on board with driverless buses. Although driverless vehicles are expected to be safer one day than human drivers, it can be challenging for people to trust a massive steel vehicle trundling down busy city streets with no driver at the wheel.

“It is definitely a cultural question,” said Raviv. “But I know personally I don’t have an issue with it. I’d much rather get on a driverless bus than worry if the driver slept enough or already had their coffee.”